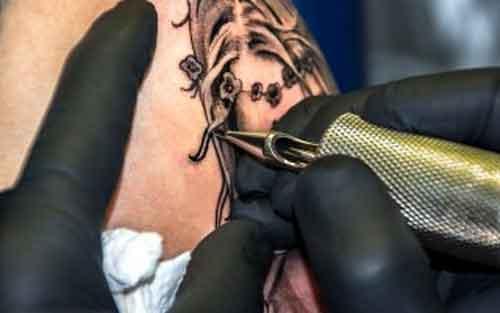 As Stacy Hersher neared her college graduation, she decided she wanted a tattoo to mark the transition. She eventually zeroed in on an infinity sign as the basic design she wanted; however, she never prepared a detailed version of the image. Eventually, Hersher graduated, and it was time to either get the tattoo or not. Two weeks following commencement, she spent 45 minutes in a waterfront tattoo shop. The end result was an infinity sign that looked similar to a serpent.

For months, Hersher kept telling herself and her friends that she was pleased with the tattoo. She eventually had it retouched by another parlor, thinking that she could improve it to a point that it might increase her confidence in it. It did not work.

She then spent three years embarrassed by the tattoo, doing her best to keep it concealed beneath her watch. Finally, she realized that the best bet was to go through with laser tattoo removal.

Can you relate to Stacy Hersher? Unfortunately, many people can – but there is a solution. Let’s look at the statistics on people who want to be rid of their tattoos, the three-step process of laser tattoo removal, and tips when getting the treatment yourself.

Statistics: 1 in 4 feel unsure about their tattoos

Almost 30% of adults in the United States have one tattoo or more. Among millennials, the proportion is even higher at almost 50%. However, as we all know, sometimes tattoos can be sources of regret. Actually, as many as a quarter of those who get tattoos end up deciding later that it was not a good decision. If you are one of those one in four people with tattoos who feels unsure about some of your “ink,” laser tattoo removal is the trusted cosmetic solution. This technique clears away the tattoo safely and effectively.

A laser gets rid of a tattoo by dividing all the different shades of pigment using high-intensity light rays. The easiest color to treat is black, because all laser wavelengths can be absorbed by it. The rest of the colors are treatable via lasers that are customized based on the shade of the pigment.

When you want to get laser tattoo removal, your initial step is to book a consultation with an experienced specialist who is able to look at your tattoo and let you know how things can move forward. Various factors, including the tattoo's colors, age, and size, will determine how many treatments you need to completely clear it away. The depth to which the tattoo pigment reaches and your skin color are also factors in how extensive the removal process needs to be.

Here is the basic three-step process of a typical laser tattoo removal visit:

You won't need the same quantity of pulses for smaller ones as you do for large ones in order to deliver success. Regardless the size, though, you will need more than one visit to a specialist for the tattoo to be completely removed; following every treatment, you should see that the tattoo is increasingly faint.

Many patients appreciate this treatment method because they do not (except in rare cases) need anesthesia. However, with the area of the body where the tattoo is located in mind, it could be a good idea to use a topical anesthetic cream prior to the session.

Once you walk out of your first laser tattoo removal appointment, you want to immediately reduce the inflammation with an ice pack. Also bandage the area and disinfect it with an antibiotic cream. Be certain that there is strong sunscreen on the region whenever you're outside.

Stacy Hersher said that when she went to a session with her doctor, she was advised to either ice the area or put anesthetic cream on it a half-hour prior to the appointment. Generally the session itself is incredibly short; Hersher said hers were less than 30 seconds. Following the appointment, she was told to ice the region and allow the tattoo to get some air. Many people wrongly think it is a good idea to bandage the area, but that can create trapped heat and scars. Be careful that the area is kept free from sunlight and any trauma following each time you get treated.

Are you like Stacy Hersher? Are you interested in laser tattoo removal? Now that you have the above basic information, the next step is choosing an expert to actually treat you. At Dermatology of Boca, tattoo removal is now more sophisticated than ever with the Enlighten Laser. See our testimonials and reviews.